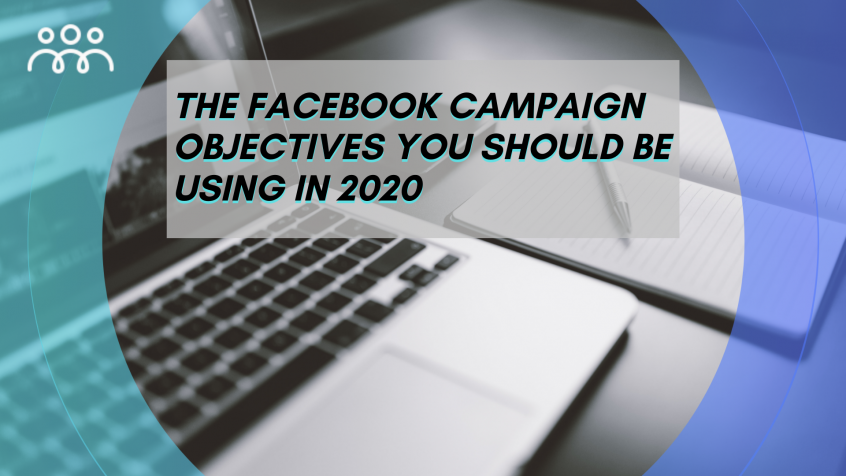 Summary:
Determining which stage your visitor is in your funnel is key in determining the Facebook campaign objective you should be using.

In this video, UpViral, and Connectio media buyer Danny explains the four stages of our sales funnels, and how he chooses the correct campaign objective to align with each stage.

Taking the time to determine where your audience is in relation to your funnel helps you take full advantage of Facebook’s targeting power, and also helps keep ad costs in check.

Which campaign objectives do you use on Facebook? Let us know in the comments below.

So like I said I want to go over campaign objectives and which campaign objectives you should be using in 2020. So hence my amazing slides that I created for you. So let’s jump right into it, so why is this important? It’s obviously really important because you have to understand where your prospect is within your sales funnel. Now the sales funnel that we use can obviously be replicated for your business whether it may be e-commerce business or a service-based business or an educational-based business; whatever it is the same concept can be implemented within your Facebook campaigns as well. Now to determine which objectives you should be using, you have to know which where your prospect is within your sales funnel and we’ll go over the campaign objectives as well as the sales funnel as well.

Now I don’t know about you but people just don’t normally wake up thinking to purchase a software or an educational product or a physical product. They need to know about you first and that’s why this step is so important and so the campaign objective that we use here is video views. So the reason why we use video ads is because if they’re super engaging especially for a social feed like Facebook or Instagram and you can display a lot of information and content, a lot of valuable information within your video for your audience and that’s very important. Another reason is because we can create look like audiences with the video views from our videos and I’ll show you that in the next slide.

And there are a few reasons why we use video views: one because they’re educational and there you can put a lot of value into that form of media and secondly you can create look-alike audiences or custom audiences with people who have viewed your video. For this instance, if you look at this screenshot here we are creating a custom audience for people who have viewed, who have watched 75 percent of your video or 95 percent of the video.

You can create campaigns around it and show them more content around the same subject within your business as well. So moving on the second stage of the funnel is Interest. Now that they’re aware of your product they might be interested in your product and that interest can soon turn into the third step which is Desire. And desire ultimately leads to them pulling out their wallet and them completing the purchase within your funnel. Now what campaign objectives do we use within steps two to four?

We use campaign objective… conversion objective and what is a conversion? A conversion is basically an action that people take within your website. Now within conversions there are many different conversion levels or objectives that you can choose from. The main ones that we focus on here at Connect IO and UpViral is leads as well as purchases. So I went through what a conversion is it’s someone who takes action, a specific action on your website so if you have an e-commerce store you ultimately want people to complete that purchase. If you’re selling an educational product maybe you want to collect your emails, you would choose a lead objective in that case as a conversion. So again there are two types of conversions that we use one is leads since we sometimes offer a webinar an educational video or a training video or maybe a lead magnet such as an ebook or a guide to specific problems you usually just collect their email their name and email and send them whatever they sign up for within the emails or the next page within your funnel.

Now purchases on the other hand are probably the number one campaign objective that you should be using regardless of what business you are in. So ultimately as a business you want people to complete the purchase within your website whatever you’re selling educational, an online product or a physical product whatever it is, you want people to pull out their credit card and ultimately complete the purchase. Now purchases are basically the king of conversion objectives that’s the ultimate goal that you want them to reach and that’s the ultimate objective that you should be optimizing for. Now when would you use something like an engagement campaign? In my first video I shared with you, I suggested you use a post engagement campaign alongside your higher objective campaigns such as purchases to increase social proof, and that’s when we would use campaign objectives such as engagements. Engagement campaigns are great because the traffic is cheap. Facebook is basically finding people who are likely to like, comment and share that post.

We usually tend to use video ads as post by the way but Facebook are likely to find people who are more likely to engage with that post and you can use that post with your ads and hopefully by doing that, you can reduce your traffic costs as well as increase your social proof giving you more value and more trust within the customer’s funnel journey. So to give you some examples of some ads that we’ve used using the engagement campaign objective; on the left you can see that this ad has gotten almost 3,000 likes 50 comments and 70 shares while on the right almost 2,000 comments 6 comments or 2,000 likes 6 comments and 29 shares.

Now we only use the specific post at only super small budgets perhaps like five percent of your actual budgets for your higher seed objectives such as purchases and since the traffic for post engagement is so cheap it allows Facebook to optimize for people to find more people who would who are likely to engage with this specific type of post and ultimately you get a lot more social proof. All the comments and all the shares will be there within your Facebook ads when you launch your campaigns as well. So a huge bonus.

So hopefully that clears up a lot of confusion you may have about which campaign objectives you should be using for your specific Facebook campaigns. Now we only us around three or four campaign objectives out of the 13 I believe and it’s important that you don’t spend too much money using the lower seed objective campaigns just because Facebook won’t optimize to find you more purchases for those specific campaigns. You might get a purchase here or two within your video view campaigns or traffic engagement campaigns but ultimately you want to optimize for the higher seed objectives which are purchases, your leads if you’re an e-commerce you want to optimize for potentially add to carts, or initiate checkouts. But ultimately, purchases is the number one objective that you probably should be optimizing for. So hopefully that answers some questions you may have about campaign objectives if not please comment below your questions and I’ll answer Accordingly and as always like and subscribe this video. Let me know in the comments what else you would like to see and I’ll see you on the next one.